The tour will focus on birdwatching but besides birdwatching you will have the opportunity to get to know some of the highlights of Georgian culture - from both ancient and present times. You will be catered with delicious food and meet taste Georgian wine - made with the same techniques as for the last thousands of years giving a unique taste.

Birds on This Tour:

The Batumi bottleneck is one of the most important birdwatching sites in Eastern Europe, where migratory birds concentrate a route to Africa and southern Asia. The bottleneck occurs at the location where the mountains of the Lesser Caucasus, covered with humid relic forest, descend to the Black Sea coast. The density of migrating birds that can be watched from the site makes it one of the biggest sites after (Veracruz Mexico and Eilat, Israel). Each fall thousands of birds of prey soaring in thermals migrate through the site. Common buzzards are the dominant species, but many black kites, European honey- buzzards, northern harriers, Montagu' s harriers, pallid harriers, western marsh harriers, Eurasian sparrowhawks, Levant sparrowhawks, Eurasian hobbies, common kestrels, red- footed falcons, Merlins, Ospreys, short- toed snake eagles, lesser spotted eagles, greater spotted eagles, imperial eagles, steppe eagles, booted eagles, and white- tailed eagles could be seen as well. Smaller numbers of northern goshawks, peregrine falcons, golden eagles, and rough- legged buzzards are regularly spotted. Other species to watch for include other soaring birds like storks and pelicans as well as a good variety of waterfowl and shorebirds. During the count in 2008 migrants number reached 812 000 raptors and around 3000 non raptor birds. In 2010 migrant raptors count reached 1 000 000 and around 2600 non raptor migrants. We should leave in early morning and visit the counting spots on the mountain top. It will take approximately 30 minutes by car and then walking around 10 minutes. We will visit two different counting spots during the trip.

Chorokhi river is not very far from our raptor counting spots, consequently group can visit both places in the same day. In the morning usually better to go for the raptor migration and later visit Chorokhi delta. Drive some 30 km from Batumi toward Turkish border. We will visit one of the beautiful and interesting gorges in Achara region where the river Chorokhi enters in black sea and makes delta. The wetlands of the Chorokhi Delta are mostly degraded as result of anthropogenic impact, however some fragments remain intact. The site compreses the wide Chorokhi Delta: the estuary, the low- lying, undulating plain on both sides of the river, which is seasonally flooded by both salt and fresh water. The Chorokhi delta is an excellent place for the migratory waterfowl and for passerines as well. Overnight Stay hotel in Batumi.

Drive some 154km toward Abastumani through Goderdzi pass. Road goes through the Laser Caucasus Mountains, we will stop many times on the nice birding spots. Overnight stay in Abastumani hotel Lunch on the nice spot.

Vardzia is a famous cave complex in southern Georgia, in the upper part of the river Mtkvari (Kura) valley, close to the border with Turkey. The area has a number of typical east- Mediterranean species. Most remarkable are vultures and several species of reptiles. It is possible to observe; Griffon, Egyptian and bearded vultures, golden eagle, sort- toed snake eagle, and long- legged buzzard are a common sight. Other birds of prey are Levant sparrowhawk and peregrine falcon. In surroundings of the area, chukars are relatively common. Other birds are crag martin, black- eared wheatear, blue rock thrush, orphean warbler, lesser whitethroat, rock nuthatch, lesser grey shrike, rose- coloured starling, rock sparrow, black- headed and ortolan buntings and other songbirds typical for semiarid landscapes. European bee- eater and hoopoe are other common birds of the area. Overnight in Valodias Cotage house.

works at the Tbilisi Zoo as an animal curator and is a member of the Scientific Council of Biodiversity Department at the Ministry of Environment. He has worked for leading Georgian conservation organizations such...

Levan Ninua is working for the Institute of Ecology at Ilia State university as a researcher. He is involved in multiple bird conservation and research...

Nika Paposhvili is working for the Ilia State University as a researcher. He is involved in bird conservation and research...

He is a professional photographer, famous Georgian writer, ethnographer and finally wildlife tracking guide. He has traveled widely...

David Dekanoidze is working for the Ilia State university as a researcher. He is actively involved in various wildlife conservation projects. His research interests are population genetics of birds and...

works for the Institute of Ecology at Ilia State University as a researcher. He has been involved in many wildlife conservation projects, including radio-telemetry monitoring for globally endangered species within the Cauc...

is a dynamic guide with wide-ranging experience and a great enthusiasm. He has been leading birdwatching tours for a number of years within Georgia, and has traveled throughout Europe and the USA for projects related to bird conservation. He... 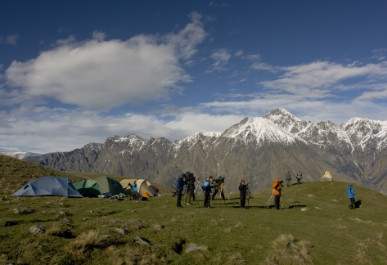 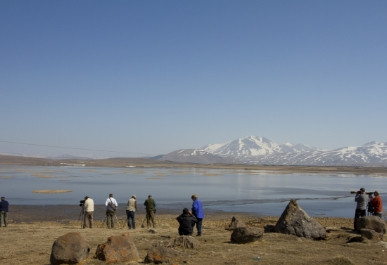 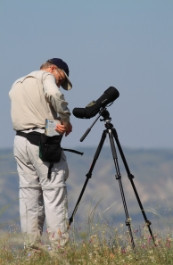 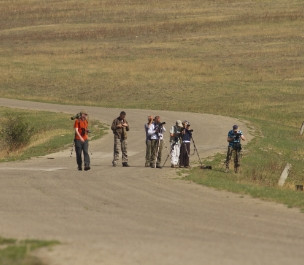 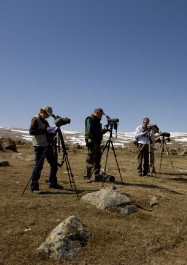 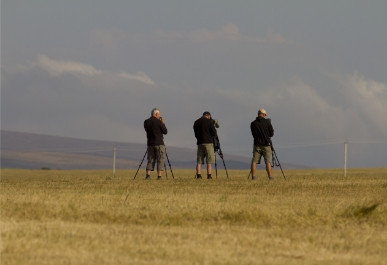 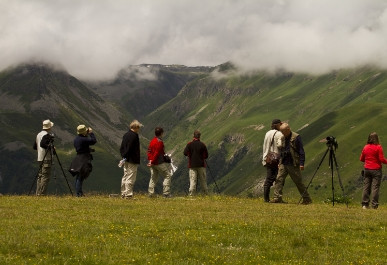 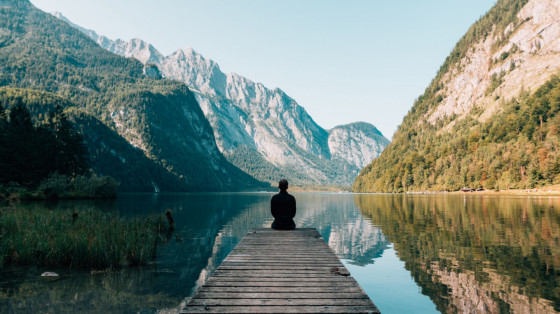 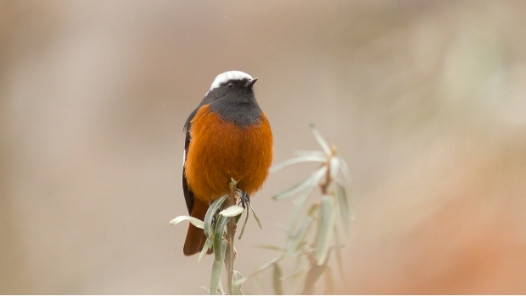 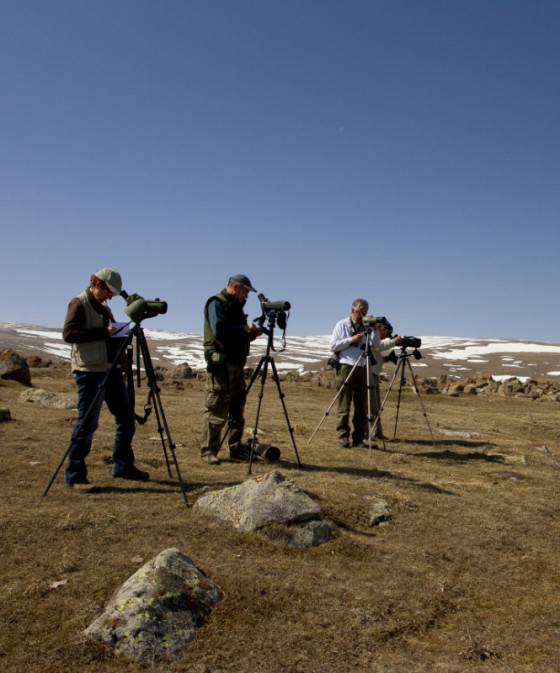